Goan actress and socialite Poonam Karekar Govekar has alleged that Bollywood and film actors have been associated and seen doing drugs for years and the sight is common at private parties and underground rave events in Goa, particularly during the peak season. Suddenly this has become a national issue now, with a witch-hunt against the top names in the industry.

Bollywood's relationship with drugs is 50 years old, Why are SRK, Arjun Ramphal, Dino Morea & Ranbir Kapoor's names coming up now? Is the Govt trying to divert public attention or is there a sudden revival or awakening in agencies like the NCB and CBI. In the past too, actors were caught in possession of drugs, but no witch-hunt took  place against all and sundry, she says.

In Mumbai no filmi party is complete without some models and actors  smoking hash or other drugs, she says and the same was seen at parties every weekend in clubs, discos and even private bungalows.

Goan actress Poonam Karekar Govekar who has recently done a film inspired by the life of Manohar Parrikar, today while speaking to media persons in Goa said, "Bollywood's relationship with drugs is nearly 50 years old, why are names of SRK, Arjun Ramphal, Dino Morea and Ranbir Kapoor coming up now. People gossiped about Dino Morea doing drugs for years, but suddenly the NCB has woken up, she asked.

"Is the government trying to divert public attention. The Central government knew about this for many years. Why are the government agencies working overtime and burning the midnight oil now and going after stars like Shah Rukh Khan, Ranbir Kappor and others? Many actors have been doing drugs. No Bollywood party is complete without party drugs like LSD and Ecstasy. We all know this? But why now," Poonam asked. 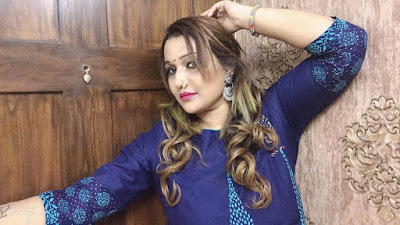