The scintillating pair Madhavan and Shraddha Srinath has become the fascinating attraction through the first look of their upcoming film “Maara”, which was released recently. The film getting premiered on Amazon Prime Video from December 17, 2020, onwards has found a groovy response for its innovatively designed first look. Now, the film is endowed with yet another magical intervention with the music. Yes, Think Music, one of the well-esteemed music labels has clasped the audio rights of Maara.

Producers Prateek Chakravorty and Shruti Nallappa, Pramod Films say, “It’s a pleasure to be associated with one of the biggest music labels. The albums they have presented so far have become Chartbusters. The way they take forward an album towards the crowd through a creative and vigorous approach makes them an unparallel icon in the music industry. We are extremely happy that our film Maara has found great musical platform through Think Music. Besides, the erstwhile collaborations of music director Ghibran and Think Music that dates back to the days of splendiferously awe-inspiring albums like Vaagai Sooda Vaa have been successful ventures. In particular, these two brand names when associated with "Love Stories" commute the music lovers to the land of emotional realms. Such bonanzas instill in us a huge wave of confidence that ‘Maara’ will be a great success.” 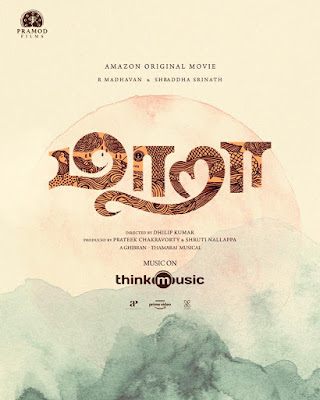 Prateek Chakravorty and Shruti Nallappa of Pramod Films have produced this film.