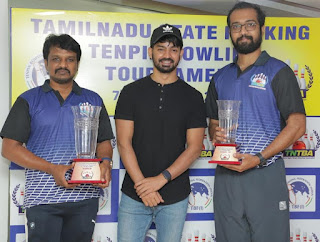 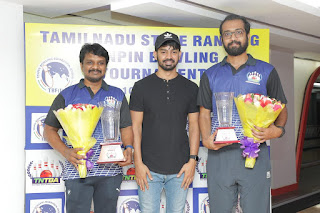 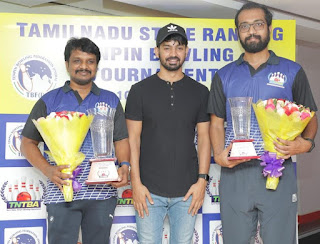 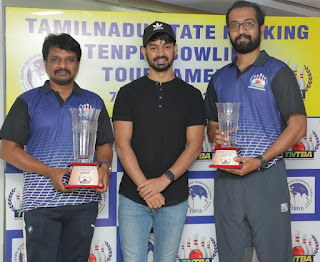 In the Finals played based on best of three games format, Anand played steadily and won the first game

Earlier in the day, in the First Semi-Finals of Men’s category played based on best of 3 games,

164, 172 – 174). And in the deciding third game, Yusuf and Anand scored 191 each taking the game to one￾ball roll off to decide the winner. In the one-ball roll off, Anand scored a strike against 9 pins scored by

Yusuf, to move to Finals. And in the second Semi-Finals 3rd seed G Dinesh Kumar won 2 – 1 against 2nd seed

Total of 32 Men participated in the Tournament.

Film Actor Mahat Raghavendra gave away the prizes for the Winners as Chief Guest for the Prize distribution function.