Director Kannan, whose directorial graph keeps retaining its unparalleled caliber for making beautiful family entertainers like Jayam Kondan and Kanden Kadhalai for universal crowds, is all set to enthrall again; this time, with the official recreation of an all-time favorite movie of Tamil audiences “Kasethan Kadavulda”, which will be a 100% treat for family audiences. The original classic featured iconic actors like Late actors Muthuraman, Thenga Srinivasan, Aachi Manorama, and many more prominent actors. This official remake will feature Mirchi Shiva in the role essayed by Muthuraman, Yogi Babu in the role performed by Thenga Srinivasan and actress Oorvasi will perform the character played by Manorama. Actor Karunakaran and few more prominent actors are a part of the star cast and talks are going on with a leading heroine to be a part of this movie. Director-Producer R Kannan will be soon announcing the others in the cast and crew. 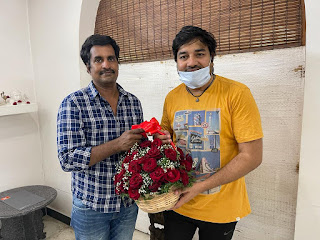 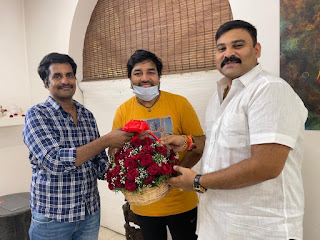 Director Kannan says, “The pandemic phase has imposed a lot of stress upon everyone. Although there have been new releases on OTT platforms winning critical acclaims and positive reviews, they have been more inclined to genres like crime, supernatural thrillers, mystery, etc, which has eventually prompted the family audiences in desperate pursuit of laughter-riots that will be a pure stress-buster. Very few classic Tamil movies like Kadhalikka Neramillai, Kasethan kadavulada and some other rom.com.movies have owned the unique trait of being evergreen entertainers beyond the years and ages. I felt that Kasethan Kadavulada will be a tailor-made treat for the audiences and got the official remake rights. I am confident that with a team comprising promising actors like Mirchi Shiva, Yogi Babu, Oorvasi madam, Karunakaran and others, we will be able to do it."

Ask him about the challenges involved in the modern-day adaptation of this classic comedy that was released in 1972, director Kannan says, “To be honest, the movie was far ahead of time, when it got released. Say, for instance, there’s a particular scene in the movie, where the locker is opened with 4-digit code during the time, where ATMs never existed. So, it isn’t going to be a big task in modernizing the tale. However, the greatest challenge is doing justice to the original script, and we as a team are keeping the fingers crossed.”

Sharing the details about the project and shooting, director Kannan adds, “The shooting will commence by July 15 and will wrap up in a single-stretch schedule of 35 days. We will be revealing the others in the star cast and technical team shortly.”

The movie is produced by director Kannan's production house Masala Pix in association with MKRP Productions.

Director Kannan’s upcoming film “Thalli Pogathey” starring Atharvaa Murali and Anupama Parameswaran in lead roles is already censored and is set for a worldwide theatrical release in mid-August. The director’s other movie, ‘The Great Indian Kitchen’ starring Rahul Ravindran and Aishwarya Rajesh in lead roles is close on the heels of completing the postproduction work.