Santhanam has carved a niche for himself as a bankable hero with back to back hits. His upcoming film is 'Sabhaapathy', produced by C Ramesh Kumar on RK Entertainment banner and directed by R Srinivasa Rao. 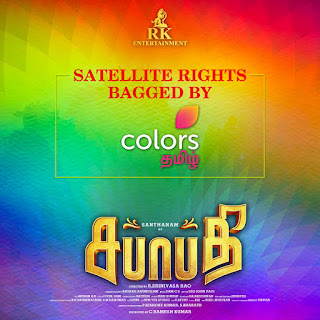 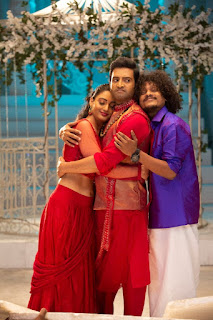 Even as 'Sabhaapathy' is gearing up for theatrical release in November, its television rights have been bagged by Colors TV. It is learnt that Colors TV has acquired the rights of 'Sabhaapathy' for a fancy price having in mind the reception Santhanam films enjoy among the audience.

For the first time, Santhanam has played the role of a youth suffering from stammering. Besides humour, the movie has shown the emotional bonding between a father and his son in a beautiful way. The film's team hopes that Santhanam's performance will be one of the highlights of the movie.

Leo John Paul has taken care of editing, and stunt scenes have been choreographed by Hari Dinesh.