The film Maha Samudram is turning bigger with each announcement. The film to be directed by RX 100 fame Ajay Bhupathi features versatile actors Sharwanand and Siddharth playing lead roles.

Here comes another interesting announcement. The very talented and beautiful actress Aditi Rao Hydari is finalized for the female lead role in the film. 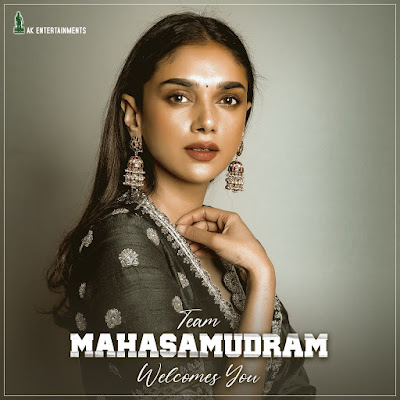 After considering various names, the makers felt Aditi Rao would be the best choice for a crucial role which will have scope for her to perform.

Aditi, on the other hand, is quite pleased to be part of the project.

Tipped to be an intense love and action drama, Sunkara Ramabrahmam bankrolls the film under AK Entertainments banner.
Posted by PadmaSabari at 02:38