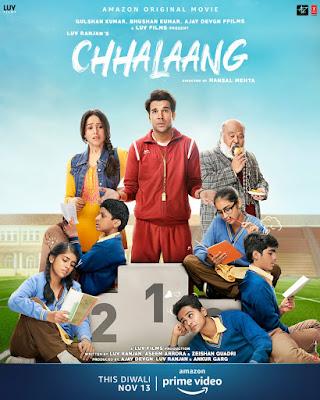 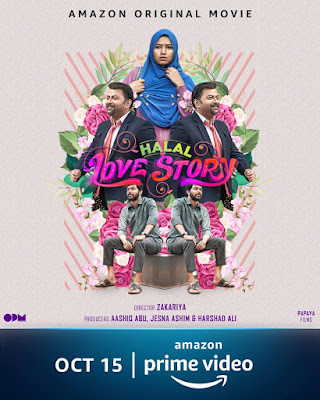 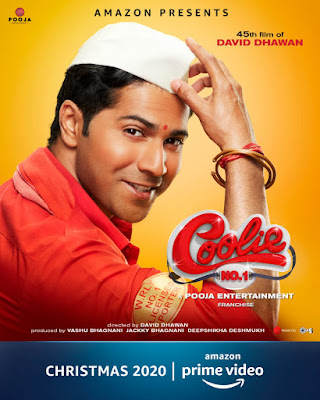 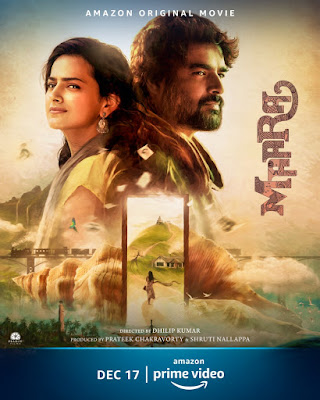 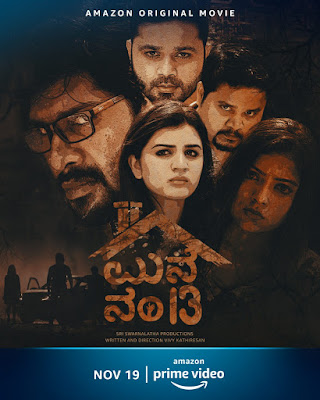 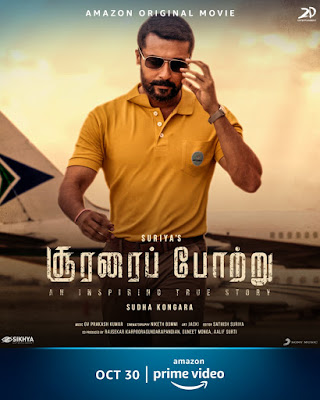 The new slate follows the successful launch of the first wave of direct-to-service premieres of 10 films across 5 languages, which led to Amazon Prime Video expanding its footprint in India with viewership for these movies coming from over 4000 cities and towns, across the country. Viewership titles in languages such Tamil, Telugu, Kannada, Malayalam received more than 50 percent viewership from customers outside the home states, with customers from Lucknow, Kolkata, Pune and beyond streaming Penguin, Ponmagal Vandhal, Law, French Biriyani, Sufiyum Sujatayum, CU Soon V and Nishabdham. The movies were also streamed and enjoyed by TV audiences in 180 countries and territories, allowing Indian filmmakers to reach a wider audience through Prime Video’s global presence. Hindi titles Gulabo Sitabo & Shakuntala Devi emerged as the two most watched movies since the launch of Prime Video in India. Gulabo Sitabo and Shakuntala Devi were also the most watched Hindi movie on Prime Video globally!

“Gripping content transcends geographical boundaries. The audience are always on the look-out for great entertainment, and good content will always find an audience. The resounding success of our first wave of direct-to-service movie premieres is a testament to that. This further reinforces our commitment to offering our customers a selection of riveting movies, cinematically produced, across a wide range of genres and languages,” Vijay Subramaniam, Director and Head, Content, Amazon Prime Video, India, said, “Our previous direct-to-service launches were watched in over 180 countries. We are buoyed by the tremendous response we received and are excited to up the ante with another 9 eagerly-awaited direct-to-service premieres, spanning 5 languages, to entertain our customers through this festive season.”

“The disruptive, pioneering format of Direct to Digital movie premieres has, in many ways, been a game changer in the way films are watched in India. Amazon Prime Video is playing a key role of not only expanding the reach & viewership of these films across the country, but also providing global customers across 200+ countries and territories access to world-class films originating from India”, said Gaurav Gandhi, Director and Country General Manager, Amazon Prime Video India. “The fact that more than 50 percent of viewership of our Tamil, Telugu, Kannada, Malayalam Direct to Digital titles came from outside of the respective home states is representative of how digital distribution can expand the audience for great content. We are super excited to present our new slate and are confident that it will delight our customers in India and around the world”

Halal Love Story (Malayalam), which is scheduled to premiere on 15th October on Amazon Prime Video

Bheema Sena Nalamaharaja (Kannada), which is scheduled to premiere on 29th of October on Amazon Prime Video

Soorarai Pottru (Tamil), which is scheduled to premiere on 30th of October on Amazon Prime Video

Soorarai Pottru is an upcoming Tamil language Action/Drama film directed by Sudha Kongara, Staring Suriya in the lead with Aparna Balamurali, Paresh Rawal and Mohan Babu in pivotal roles. The film is produced by Suriya’s 2D Entertainment and Co-Produced by Guneet Monga’s Sikhya Entertainment. This film is a fictionalised version of the book “Simply Fly” written on the life of Air Deccan founder Capt. G. R. Gopinath.

Chhalaang (Hindi), which is scheduled to premiere on 13th of November on Amazon Prime Video

Chhalaang is an inspirational social comedy starring Rajkummar Rao, Nushratt Baruchaa and directed by Hansal Mehta. It is presented by Bhushan Kumar and produced by Ajay Devgn, Luv Ranjan and Ankur Garg.

Manne Number 13 (Kannada), which is scheduled to premiere on 19th of November on Amazon Prime Video

Middle Class Melodies (Telugu), which is scheduled to premiere on 20th of November on Amazon Prime Video

Starring Anand Deverakonda and Varsha Bollamma, Middle class melodies is a humour packed whimsical tale depicting the congenial lives of the middle class in the village where a young man dreams of owning a hotel in a town. The film is directed by Vinod Anantoju.

Durgavati (Hindi), which is scheduled to premiere on 11th of December on Amazon Prime Video

Directed by Ashok and starring Bhumi Pednekar, Durgavati is a thrilling, scary ride that tells the story of an innocent Government officer who is made the victim of a major conspiracy involving powerful forces. The film is presented by T-Series and Cape of Good Films and is an Abundantia Entertainment production.

Maara (Tamil), which is scheduled to premiere on 17th of December on Amazon Prime Video

Coolie No. 1 (Hindi), which is scheduled to premiere on 25th of December on Amazon Prime Video

Coolie No. 1 is a family comedy based on the popular franchise from Pooja Entertainment and is directed by the king of comedy David Dhawan. The film stars Varun Dhawan, Sara Ali Khan, Paresh Rawal, Javed Jaffrey, Johnny Lever, Rajpal Yadav amongst others and is produced by Vashu Bhagnani, Jackky Bhagnani and Deepshikha Deshmukh.

The new releases will join the thousands of TV shows and movies from Hollywood and Bollywood in the Prime Video catalog. These include Indian films Gulabo Sitabo, Shakuntala Devi, Ponmagal Vandhal, LAW, French Biriyani, Sufiyum Sujatayum, C U Soon, V, and Penguin along with Indian-produced Amazon Original series like Bandish Bandits, Breathe: Into The Shadows, Paatal Lok, The Forgotten Army – Azaadi Ke Liye, Four More Shots Please S1 and 2, The Family Man, Mirzapur, Inside Edge S1, and S2, and Made In Heaven and the award-winning and critically acclaimed global Amazon Original series like Tom Clancy's Jack Ryan, The Boys, Hunters, Fleabag, and The Marvelous Mrs. Maisel. All this is available at no extra cost for Amazon Prime members. The service includes titles in Hindi, Marathi, Gujarati, Tamil, Telugu, Kannada, Malayalam, Punjabi, and Bengali.

Prime Video is available in India to Prime members for just ₹999 annually or ₹129 monthly, new customers can find out more at www.amazon.in/prime and subscribe to a free 30-day trial.