A seasoned production house, a visionary director, a cast including the biggest stars of the Indian film industry and a remarkable story are the ingredients for an epic cinematic experience for movie lovers.

For their forthcoming mega-budget and multi-lingual production with a universal appeal, the ace South Indian production house Vyjayanthi Movies have pulled off another casting coup by roping in the legendary Amitabh Bachchan to essay a pivotal role in the film.

For 50 illustrious years, Vyjayanthi Movies has created numerous memorable films, across Indian languages, and have significantly contributed to the glory of Telugu cinema. After its latest offering ‘MAHANATI’, the story of the legendary actress Savitri that won several national and international awards, its upcoming project is a much cherished dream for Aswini Dutt, producer and founder of Vyjayanthi Movies, 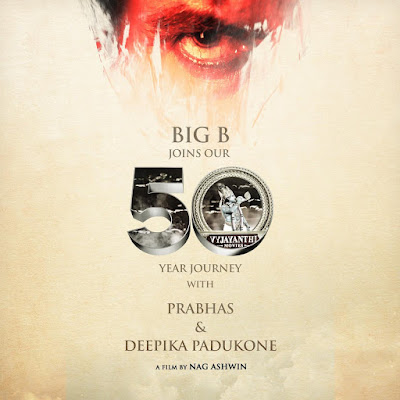 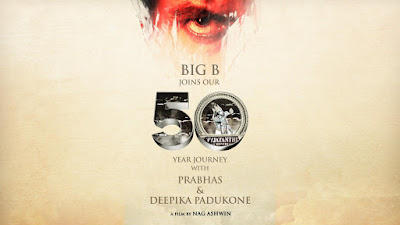 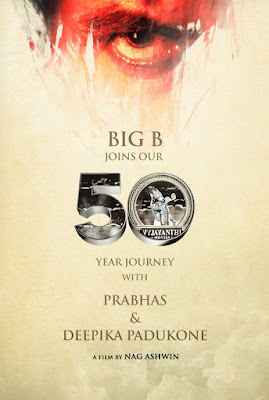 “The late legendary Shri NTR was an admirer of Shri Amitabh Bachchan and had even acted in the Telugu remakes of a few of his superhit Bollywood films. Shri NTR and I had watched the landmark film ‘Sholay' several times when it ran for over a year at NTR's Ramakrishna Theatre. After all these years, it is truly a glorious and immensely satisfying moment for me to welcome Indian cinema’s greatest icon, Shri Bachchan to be a part of this prestigious movie under our banner, Vyjayanthi Movies. It is a production house that began its cinematic journey with Shri NTR and also was named by him,” said Producer Aswini Dutt.

“I feel lucky and blessed that Bachchan Sir has selected our film among the many choices he has... It is a full-length role, which we believe will do justice to the legend that he is,” an excited Director Nag Ashwin said.

Co-producers Swapna Dutt and Priyanka Dutt, who have been instrumental in raising the bar for cinematic values of several films of Vyjayanthi Movies and Swapna Cinema, have expressed their boundless excitement on this momentous occasion.

With a dream cast that includes the biggest names in Indian cinema today including Amitabh Bachchan, Prabhas, Deepika Padukone and with a cinema wizard Nag Ashwin (of Mahanati fame) at the helm, movie lovers can indeed hope for a cinematic spectacle like never before.

The film is slated for a worldwide release in 2022.