t was a comical day, one certainly to remember as Amazon Prime Video took Chennai on a hysterical ride today along with the contestants of LOL: Enga Siri Paappom. Visitors at the Express Avenue Mall were taken by surprise at the Central Atrium area that saw some contestants from the upcoming comedy reality series actually give them an experience of the unique format and showcase their A-game humour, leaving them in splits, just like how they promise to do on the show. Present at the event were, Actor-Comedian Haarathi, Actor Pugal, Actor-Comedian Powerstar Srinivasan and Comics Abhishek, Maya & Syama

The streaming service installed a larger than life 25-foot box-installation made out of opaque glass-sheets which had patrons intrigued. Continuously glancing and with the curiosity increasing, some of the passers-by walked closer and stepped up on the riser to check out what is inside the box. As soon as they got closer to the installation, the glass sheets became transparent and they saw their favourite comedy entertainers who will be seen in LOL: Enga Siri Paappom, inside the box-installation, catching them by surprise! What followed was a laugh-riot, with the comedians challenging patrons with transparent masks on, to a "Can you hold your laughter for 1 minute?" challenge.  The comedians cracked jokes in their unique style, just like on the show and the participants had to control their laughter for 60 seconds and were disqualified even if they smiled! While some actually managed winning the challenge and the exciting prizes and many did not, the one thing that they surely took home is tons and tons of giggles, having interacted so closely with their favourite comedy entertainers and having experienced the show format first-hand. 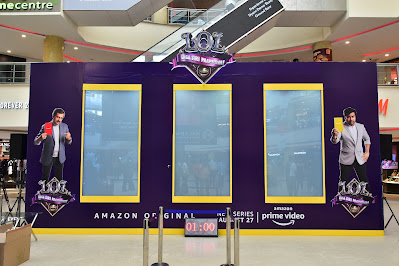 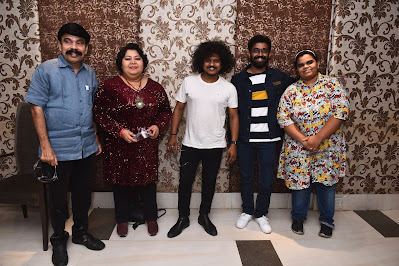 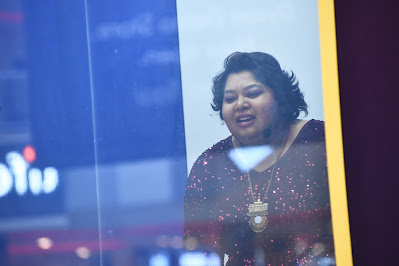 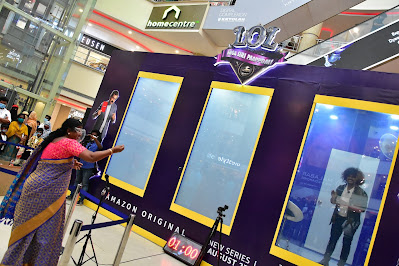 LOL: Enga Siri Paappom, an international unscripted comedy reality show, that is all set to premiere on 27th August exclusively on Amazon Prime Video. It features ten participants Maya S. Krishnan, Abishek Kumar, Premgi Amaren, Harathi Ganesh, RJ Vignesh Kanth, Powerstar Srinivasan, Pugazh, Baggy, Syama Harini and Satish; along with Late Vivekh and Shiva as judges. The format of the show requires the contestants to be locked up in room for six hours where they try their level best to make their fellow contestants laugh but they themselves can’t even smile.

Well, this is just the glimpse into the hilarious show that LOL: Enga Siri Paappom promises to be. The show will premiere exclusively and globally on Amazon Prime Video on 27th August.

Prime members will be able to watch LOL – Enga Siri Paappom anywhere and anytime on the Prime Video app for smart TVs, mobile devices, Fire TV, Fire TV stick, Fire tablets, Apple TV, etc. In the Prime Video app, Prime members can download episodes on their mobile devices and tablets and watch anywhere offline at no additional cost. Prime Video is available in India at no extra cost with Prime membership for just ₹999 annually or ₹129 monthly, new customers can find out more at www.amazon.in/prime and subscribe to a free 30-day trial.