Paytm’s devices from PoS, to All-in-One QR code to Soundbox

Paytm’s devices — from PoS, to All-in-One QR code to Soundbox — have helped the company grow its popularity with merchants

India’s leading digital payments and financial services platform Paytm has filed its DRHP on 15th July 2021, for its $2.2 billion IPO, which is set to be the largest market debut in India.

The company’s prospectus shares a lot of insights into how the company is building India’s largest financial services platform. And a big part of that is its focus on merchants.

As per its DRHP, these are Paytm’s top offerings for merchants “, (i) a full suite of payment services, and (ii) technology solutions to grow their businesses and our share of their payments.” 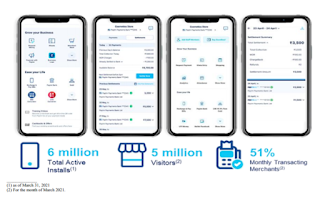 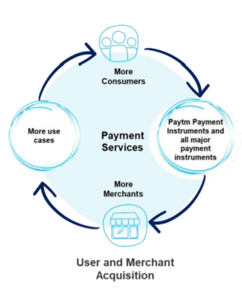 QR codes allow small shopkeepers to accept digital payments at zero upfront cost, and at zero MDR, without needing access to the internet or paying for a POS machine.

The company said in its DRHP that it launched the All-in-One QR Code in January 2020, which gives merchants the power to seamlessly accept payments from multiple instruments like Paytm Wallet, Paytm UPI, Net Banking, all major debit cards, credit cards and prepaid cards, and all other UPI apps directly into their bank account, and benefit from a single point reconciliation on the Paytm for Business app.

As per Redseer data, more merchants use Paytm QR-codes as compared to any other payments company in India. In 2019, Paytm had forayed into the Smart PoS devices arena and has gone on to launch a number of devices — Paytm All-in-One Android POS devices, All-in-One Android Smart POS, among others, including devices with the ability to generate a dynamic QR.

In 2021, the company launched the Paytm Smart POS for Android phones, an application which transforms a smartphone into a device that accepts contactless payments from all major debit, credit card and prepaid payments, supported by the Paytm for Business app.

Another great device in the segment is the Paytm Soundbox, a battery operated IoT-based device providing voice-based confirmation of QR code payments to merchants.

“In 2021, we upgraded the capabilities of the Paytm Soundbox with the launch of Paytm Soundbox 2.0 with a digital screen that gives instant visual confirmation of the paid amount along with the voice notification,” said the company in its DRHP.

Paytm also runs a merchant-only app called Paytm for Business, which enables merchants to make bill payments, transfer payments to their bank accounts, select their settlement frequency, link or change their destination bank account, view all their transactions in one place, open a Paytm Payments Bank account and order Paytm QR-supported merchandise (such as QR codes, and Soundbox).

Posted by PadmaSabari at 23:45
Email ThisBlogThis!Share to TwitterShare to FacebookShare to Pinterest
Labels: all in one qr, DRHP, dynamic qr, paytm, qr payments, redseer