*A First-of-its-Kind 5500 SQ FT underground set work of a gigantic cave erected for the ‘Route No.17’ movie*

*Jithan Ramesh to appear in the lead role with three different get-ups for ‘Route No.17’* 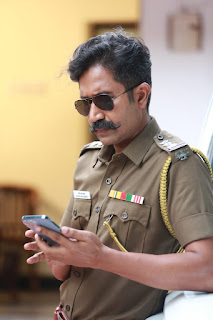 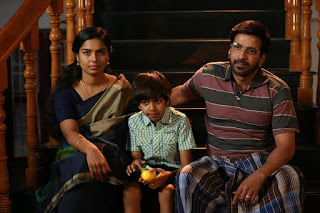 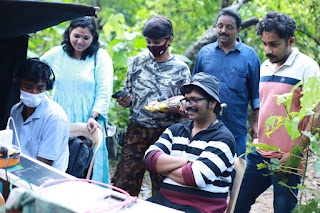 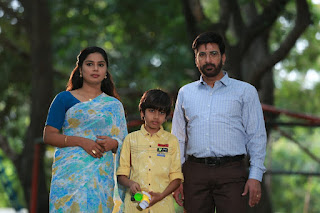 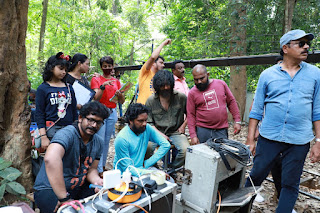 *Route No.17 – Where the Trespassers get mysteriously killed*

Dr. Amar Ramachandran is producing the film ‘Route No. 17’ in his banner of Neni Productions directed by Abhilash G Devan, a former associate of critically acclaimed Malayalam filmmaker Thambi kannamthanam. Besides, he is the director of ‘Thai Nilam’, bankrolled by the same production house that has won 14 International Awards.

Jithan Ramesh is performing the lead role in this movie ‘Route No. 17’, and Anju Pandiya is essaying the female lead character. Earlier, she was an air hostess and is debuting in films through this movie. While Hareesh Peradi is playing the antagonist’s character in this movie, Aruvi fame Madhan is appearing in another major role. Besides, Amar Ramchandran, Nihal, Akil Prabhakaran, Jennifer, Bindhu, Kasi Viswanathan, Titus, and many prominent actors are a part of this star cast.

Abhilash, director of this film says. “The film’s title signifies an isolated path inside a forest. The path that was open 30 years ago is completely closed now. The trespassers, who choose to travel along this path, are mysteriously found dead on the same night. The mysterious events are interwoven with a heart-wrenching emotional backstory.

The film is a tale of revenge set in three different periods between the years 1990 & 2020. Significantly, Jithan Ramesh is  appearing in three different looks according to the script. In particular, one of the looks demanded him to appear as a 90Kg person, which is created by the National award-winning Makeup artist Rasheed Ahamad.

Akhilesh Mohan, the editor of Prithviraj-Mohanlal duo’s Bro Daddy and forthcoming project ‘Lucifer 2’ is editing this movie. It is noteworthy that he is popular in Bollywood for his sleek editing of Ranbir Kapoor’s action sequences in all his movies.

Cinematographer Prashanth Pranavam, who cranked the camera for his previous is handling the cinematography for this movie. The film posed lots of challenges for the DOP as the film was to be shown in three different periods and complex locations like caves, barren lands, and dense forests. And he has done remarkable work by showcasing different shades and tones. Many were spellbound over the visuals even before the DI process and appreciated it.

We have introduced Poet Senthamizh Dasan as the lyricist for this movie. Swetha Mohan has crooned a beautiful soothing lullaby song for this film. We are confident that she will be conferred with a national award for this song. Furthermore, Reetha Thyagarajan has rendered her voice for a couple of songs titled ‘Pirango’ and ‘Love Making’.

The film is set against the backdrops of the region located between Tamil Nadu and Karnataka like Gundalpet, Thenkasi, and Kadaya Nalloor.

Furthermore, an underground set work of 5500Sq Ft was created, where a 28-day schedule of shooting was done. So far, none have erected such a unique set work for any movies. We created this set work at Gannavam in Andhra Pradesh, where the shooting of Baahubali was held. The general public would visit the place only to witness the grandeur of our set work.

Apart from these locations, we shot for 10 days at dense forests across Tenkasi that had frequent visits of Elephants and Tigers. After 6 PM, people would never approach this place, but we had the shooting done there every day till 9 PM. All our shooting days were like a festival, like going on a fun trip.

RouteNo17 First Look was Revealed by The Charming actor Jiiva, And the second look was revealed by Actor Arya yesterday. Its now viral in Everywhere.

We are planning to release the movie trailer in January 2023, and the theatrical release in April.”

Posted by PadmaSabari at 19:46
Email ThisBlogThis!Share to TwitterShare to FacebookShare to Pinterest