S B Chakraborthy, who is working as a Joint Commissioner in Income Tax Department, Chennai and a native of Bengal and domiciled in Chennai, has translated Thirukkural into English because of his penchant for Tamil language. 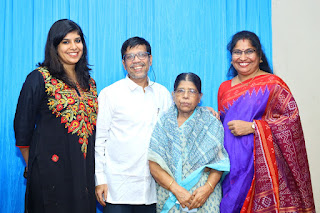 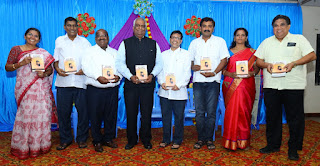 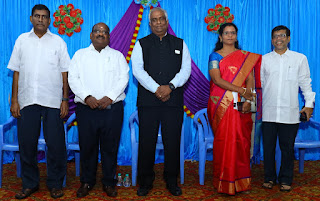 Chakraborthy's parents migrated to Tamil Nadu from West Bengal. Born and brought up in Chennai, Chakraborthy said that right from his childhood he was interested in Tamil language.

Chakraborthy said that his school's Tamil teacher, Mr. Marudhur Arangarasan, was instrumental in the translation.

"When I got the idea to translate Thirukkural, I got in touch with my schooltime Tamil teacher Mr. Marudhur Arangarasan, whom I love and respect. I met him in person and expressed my interest in translating Thirukkural, and his words inspired me. He gave me many Thirukkural books as a gift. First he wanted me to translate the book in my mother tongue Bengali.Then I went to my maternal uncle Mr. Amulya Bhushan Chakraborthy who lives in West Bengal and requested him to help me in my endeavour. He completed the work in three years with the help of Mrs Bononi Nag and his son Mr. Satwik Chakraborty. He typed and edited the final form of the text himself. But his sudden death left me deeply saddened. I published Thirukkural in Bengali in his memory," he added.

Chakraborthy said that along with the translation, he has tried to explain the meaning of Thirukkural in a simple style to make it easier to understand.

"During the very difficult time of coronavirus pandemic, I thought to complete my work with full heart and soul. That is why I was able to publish the simple Tamil text and error free English translation of Thirukkural. I am confident that I have done my best to this masterpiece of ancient Tamil literature,” he said.

Many friends, relatives and well-wishers have supported me in my efforts in this journey and I express my sincere gratitude to all of them, said Chakraborthy.

"I would like to express my sincere gratitude to M. Vediyappan and his staff at Discovery Publishing House for publishing my first book. I would also like to say that all the revenue from this book will be spent on public charity," added Chakraborthy.

Posted by PadmaSabari at 08:44
Email ThisBlogThis!Share to TwitterShare to FacebookShare to Pinterest