Master Mahendran, one of the young and upcoming actors in Tamil cinema, has won the ‘Best Supporting Actor Award’ at Santhosham Annual Awards, hosted by Andhra’s leading magazine, for his outstanding performance in Master.

Master Mahendran captured the hearts and attention of Tamil audiences with his first appearance as a child artist in the movie ‘Nattamai’. Currently, he is playing the lead role in many Tamil films. Being one of the most celebrated budding actors in the industry, the actor gained recognition for his performance in Master, featuring Thalapathy Vijay and Vijay Sethupathi in the lead roles, directed by Lokesh Kanagaraj. Mahendran played the younger version of Vijay Sethupathi in this movie, which won him appreciation from the fans. 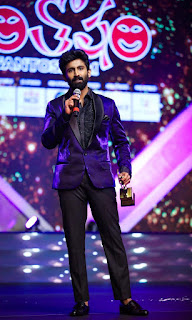 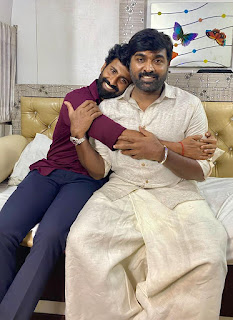 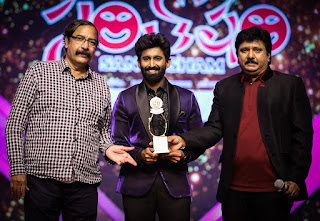 It is worth mentioning that the Blockbuster “Master” was a massive hit in Andhra too. Santhosham Annual Awards, hosted by a leading magazine in Andhra, has honored Mahendran with the ‘Best Supporting Actor Male Award’ for his fabulous performance in Master.

Actor Master Mahendran says, “It’s a rare and precious recognition for a young budding actor like me, and I am so happy about it. I thank Thalapathy Vijay anna and Lokesh Kanagaraj Anna for this opportunity. I am elated to see this character winning the hearts of fans and now gifting this award. Vijay Sethupathi Anna has been a huge support in helping me perform this role efficiently. I am am glad to share the news of winning this award on the special occasion of his birthday.”

Posted by PadmaSabari at 05:24
Email ThisBlogThis!Share to TwitterShare to FacebookShare to Pinterest