Adda52.com, the pioneer of online Poker in India launched their ‘Pehla game Khel Ke Dekho’ media campaign to attract more people to try online poker. The campaign aims at encouraging the uninitiated audience to indulge in the game of online poker. The film highlights the unparalleled feeling of winning in a game of poker. ‘Pehla game Khel Ke Dekho’ ad-film brings out the joy that a person experiences in winning against real players using his skill and mental agility. The film has a nostalgia quotient by creating the ad-film sequence around the song 'Pehla Nasha’ from the movie ‘Jo Jeeta Wohi Sikander'. In the ad-film, the protagonist played by “Jeeveshu Ahluwalia” a popular digital entertainer is shown romancing his phone as he celebrates his victory.

Furthermore, as India is continuously rising in poker with every passing year, Poker is not just limited to major cities anymore but now the trends of both online and offline games are thriving all over the country. Therefore, even Tier 2 cities are gearing up the affinity towards poker. 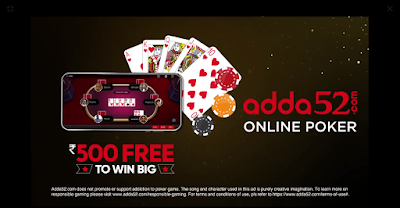 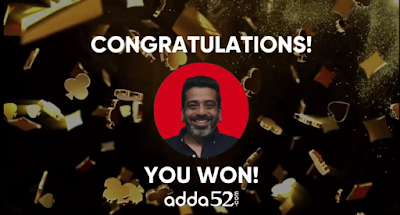 “This campaign aims at bringing new poker players to the fore and attracting them to stay connected in the game. Poker is a skill game based on strategies which can only be experienced while playing. ‘Pehla game Khel Ke Dekho’ will not only motivate but also inspire new users to try online poker. As a brand, we are committed to bring exciting strategies and plans to further promote this exciting game in India." Nishant Jaiswal, Vice President - Marketing, Adda52.

The ad campaign was conceptualized and designed by ‘Enormous Brands’, one of the leading creative agency in the country.

“The campaign redefines the gaming arena for the Indian market by motivating the new users to play and experience the game of Poker. The campaign has been executed in a way that intents to set up a platform for new players to learn, enjoy, play poker and experience the joy of winning while standing a chance to win benefits. The revolutionary campaign aims to include players of all calibres. The new initiative will ensure the fruitful participation”, Ashish Khazanchi, Managing Partner, Enormous Brands.

India is a young country with over 75% of its population under the age of 45, making it one of the largest potential markets for online gaming. The campaign ‘Pehla game Khel Ke Dekho' will bring excitement on the table and inspire poker players to experience triumph.

Adda 52 constantly works towards establishing new benchmarks by introducing exciting formats and different events for poker players. To expand, engage and excite new players, the company continually innovates and comes up with the variety of campaigns and offers to entice players to experience the game.