Acclaimed for her sterling performances in films like Podaa Podi, Vikram Vedha, and Danny, Varalaxmi Sarathkumar became the first celebrity to appear on Colors Tamil’s Kanni Theevu Ullasa Ullagam 2.0, a spoof comedy show that premiered on Sunday, August 2, 2021, at 7:00 pm.

Taking part in all the fun rounds of tasks led by King Jalsa (Robo Shankar) and the inmates of the island, Actor Varalaxmi was thrilled to be a guest in the launch episode and shared her views, saying “It was  such an exciting experience altogether. King Jalsa, Rajamatha and the other residents of the island were very endearing. The show has an out of the box concept and I am genuinely looking forward to seeing what the show has to offer.” 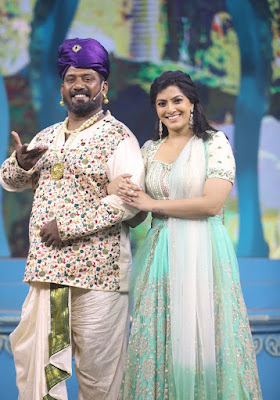 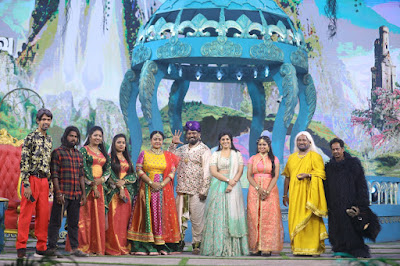 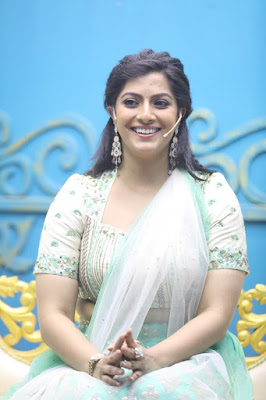 The show is set in a fictional island with fictional characters, like King Jalsa and Rajamatha, essayed by Robo Shankar and Shakeela respectively. Different celebrities and prominent figures from the industry arrive on the island for each show to engage in fun banter with the hosts while also undertaking some entertaining tasks.

Kanni Theevu Ullasa Ulagam 2.0 will be telecast every Sunday at 7:00 PM only on Colors Tamil. The show has an ensemble cast of Tamil comedy stars, including Jangiri Madhumita, Dindugal Saravanan, Adaavadi Ansar and more.