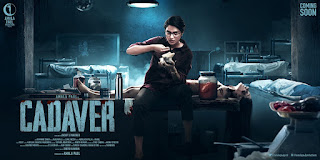 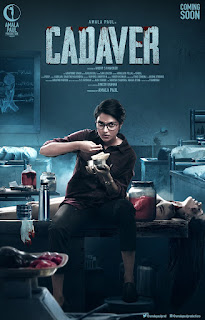 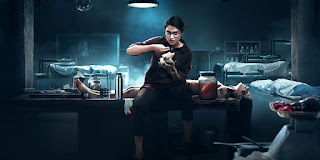 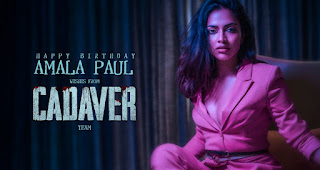 It is really intriguing with lots of detailing yet has a mystery surrounding your character. Kudos on that. Is the mystery the hook for you as well to be a part of it and produce as well?

Thanks for the compliments. But when it comes to my character, there’s nothing more mysterious inclined to it. Instead, the character is all set to unravel an unsolvable mystery revolving around serial murders in the city. To be honest, while going through the script, I actually forgot that I have been approached for the protagonist’s role as the gripping story made me vigorously flip through the pages, as though reading a novel.

This propelled the urge in me to become a producer, as I didn’t want this script to be yet another unprocessed work of talented filmmakers, and writers in the industry. I strongly believed that the project has a heavy potential to get ticked by audiences of urban, suburban, and rural domains. I am keeping my fingers crossed looking forward to the audiences’ response.

What were the references you took to bring authenticity to the role? Did you meet forensic experts and studied books related to it to go about the role? As it is a first of its kind for the Indian audience?

CADAVER is the brainchild of Anoop S Panicker and writer Abhilash Pillai.  When both of them presented me the script, I felt something unique and excited about the character. As a part of developing this characterization and adding more intensity, we were involved in lots of research and detailing. I had the opportunity to meet some of the finest forensic surgeons, who shared their experiences in the profession. In addition,  I also had a chance to visit the mortuaries for the sake of gaining additional knowledge about the job. It was a life-changing experience indeed. It is not an easy a thing job to perform this character as it’s an intense profession. Lots of challenges and hurdles are involved to accomplish this job. Henceforth, this character demanded a whole lot of effort from my end.  Usually, forensic surgeons are portrayed in minimal importance, but this is the first-ever time, audiences will be seeing this character as the protagonist.

How much excitement is it to be tagged a producer and what role Amala Paul Productions would play in identifying talents?

Embarking on a journey as a producer wasn’t an overnight plan, but something that kept bothering me across the years. I have come across many talented directors and writers, who have crafted exceptionally spellbinding scripts, which left me awestruck. However, it was disappointing to see that many producers weren’t prepared to fund those projects, as they weren’t really confident with the economics. This instilled in me a sort of ambition to nurture those talents. And I don’t want to take credit as this journey is going to be purely symbiotic, where everyone gets benefitted.  I would say, ‘Identifying Talents’ is the topmost protocol of any producer. Significantly, the entire team of Amala Paul Productions will keep working towards the motto of identifying talented actors, directors, and technicians.

As the clock is ticking towards 12 am October 26, how are you planning to celebrate this birthday apart from presenting the first look?

Just thank God as I do it every night for the gifts he has endowed me. When I say the word ‘Gift’, those aren’t just the tangible materials, but the lessons God has imparted, especially letting me realize “Nothing is Permanent in life. Just be selfless, and keep doing what you love with heart and soul.” Of course, I am blessed with a beautiful family, friends, well-wishers, and fans, who have been kind and patient with me even during the times, when I failed. Such unconditional love and support are the greatest gifts that I am blessed with. So, Instead of Birthday Plans, I would state it as ‘Birthday Vow’, which is to exhibit my best potentials as a producer, actor, and person..