*The cycle ride covered a distance of 200 km a day and passed through Nellore, Vijayawada, Kakinada and Vizag

On the occasion of World Cancer Day, Chennai based NGO Sankalp Beautiful World and Shiva Ravi, an ultra-endurance cyclist, embarked on a noble mission in support of Cancer patients. Shiva pedalled from Chennai to Vizag and back to Chennai covering 1600 km in eight days (Feb 04 to Feb 11) with a single point objective to create awareness, raise funds for cancer cause and encourage people to fight against cancer. 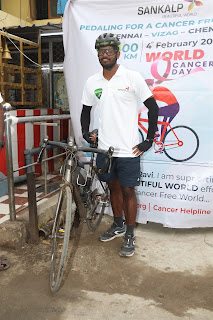 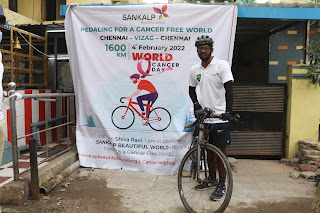 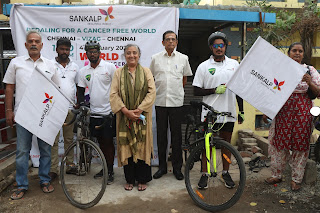 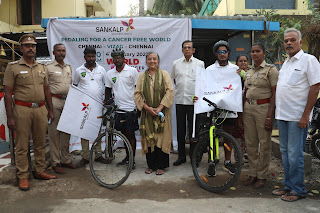 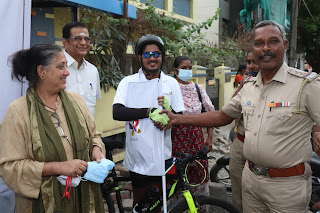 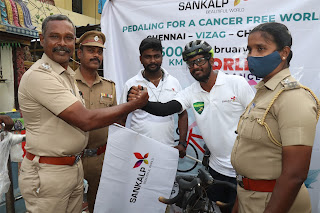 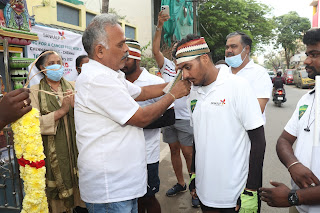 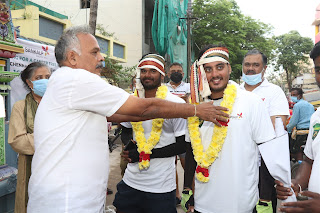 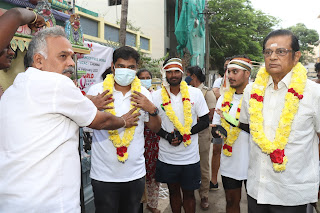 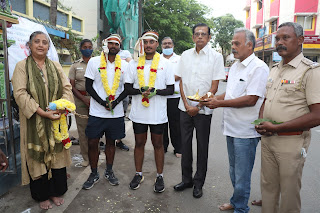 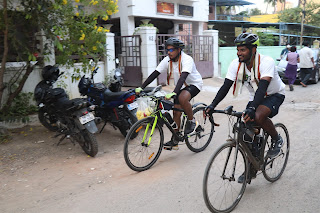 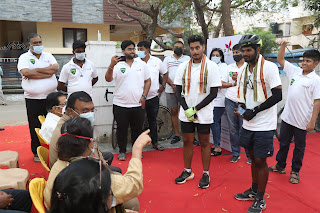 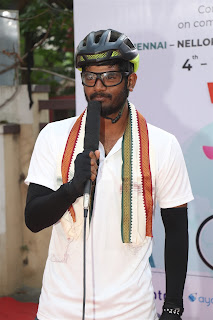 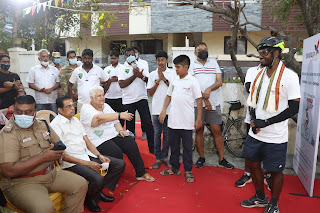 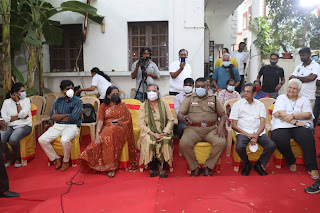 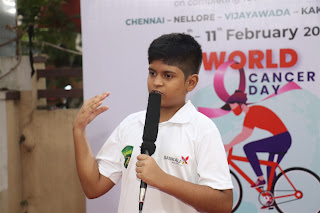 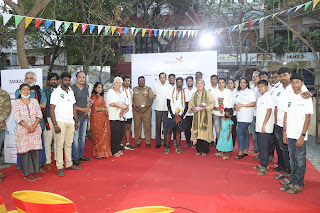 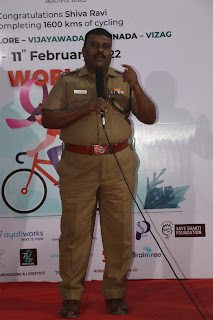 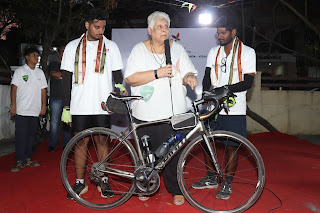 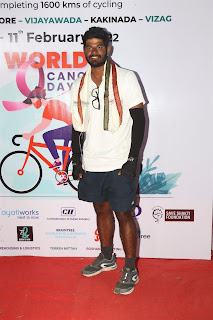 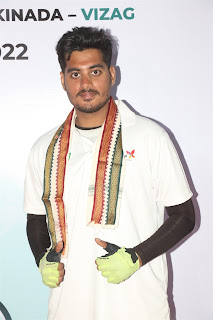 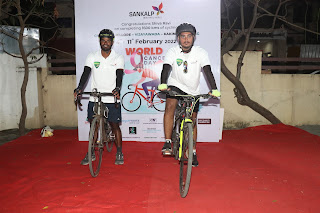 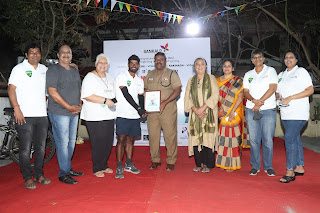 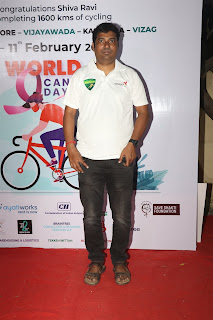 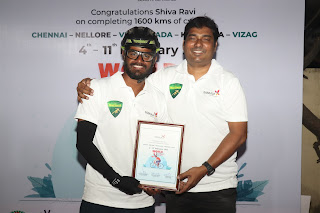 Embarking on this endeavour, Shiva Ravi, who has completed 200 km, 300 km, 400 km and 600 km Brevet conducted by Audax Club of Parisen (ACP) and has cycled 1100km from Chennai to Coimbatore said, “We all need to come together to fight against cancer by creating awareness and sensitising people. Cancer is curable if detected at an early stage and I have known people who have overcome this successfully”. He added, “My grandmother died of cancer 17 years back. Unfortunately, it was detected at a very late stage and treatment options were also significantly limited then. She is one of the reasons and motivation because of which I joined Sankalp in this noble cause to create awareness and support in a small way.”

While Welcoming Shiva Ravi, Dr.Vandana Mahajan insisted on more Cancer Awareness program and Screening so that general public is benefitted.
Posted by PadmaSabari at 04:37
Email ThisBlogThis!Share to TwitterShare to FacebookShare to Pinterest