Five players from Hockey Unit of Tamilnadu selected for 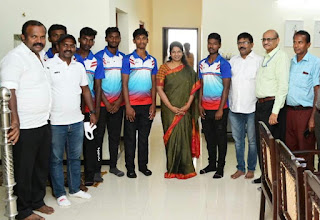