Akkineni Naga Chaitanya’s Telugu-Tamil bilingual project under the direction of leading filmmaker Venkat Prabhu has seen making headlines once again. Kirthi Shetty will be playing the female lead in the film. With the announcement of the ensemble cast and the brilliant technical department, the film has generated massive buzz. 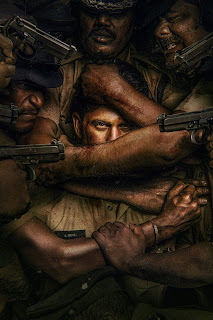 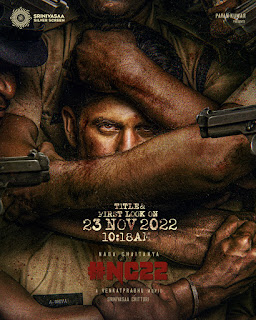 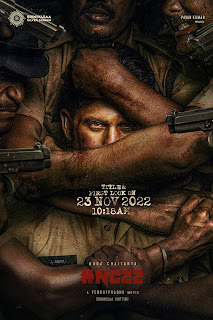 Now the makers delighted fans and movie lovers with the striking pre-look. In the pre-look, Naga Chaitanya will be seen as police officer with the fierce look on his face.

He is seen locked down in the hands of his fellow officers, who have been seen using force and guns to restrain his rage. This intense look has heightened anticipation for the first look, which will be released on November 23rd at 10:18 AM as a birthday surprise for Chaitanya.

Touted to be a action entertainer, the bilingual movie will have high production values. Maestro Ilaiyaraaja and Little Maestro Yuvan Shankar Raja will compose music for this movie, produced by Srinivasaa Chitturi under Sriniivasaa Silver Screen banner. Pavan Kumar presenting the film.

Posted by PadmaSabari at 23:08
Email ThisBlogThis!Share to TwitterShare to FacebookShare to Pinterest