Axess Film Factory G. Dilli Babu, who has churned out critically acclaimed and commercially successful movies, is presenting a new movie titled ‘Kalvan’. The film features GV Prakash, ace filmmaker Bharathiraja, and Ivana as the titular characters. It is worth mentioning that both GV Prakash and Ivana shared the screen in director Bala’s ‘Nachiyar’.  The film is a Comedy Drama with adventure and thriller moments.

PV Shankar is directing Kalvan and handles cinematography as well. Besides, he shares the credit for penning the story & screenplay with Ramesh Aiyappan. Both of them have written the dialogues along with Rajesh Kanna.

Apart from GV Prakash, Bharathiraja, and Ivana, the others in the star cast include Dheena, G. Gnanasambandam, Vinod Munna, and many more prominent actors.

With the film’s shooting and postproduction work already completed, the official announcement on the film’s trailer, audio, and worldwide theatrical release date will be out soon. 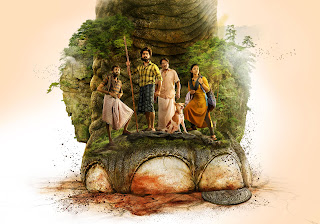 Posted by PadmaSabari at 22:42
Email ThisBlogThis!Share to TwitterShare to FacebookShare to Pinterest