Music director Prithvi Chandrasekhar is winning tremendous appreciation for his mind-blowing musical score for the recent sensational hit movie ‘Connect’. This recent release starring Nayanthara, Sathyaraj, and Anupam Kher in the lead roles, is finding a phenomenal response among critics and film buffs. In particular, Prithvi Chandrashekar’s musical score got noticed and appreciated for top-notch work that intensified spine-shuddery and emotional essence.

Prithvi Chandrasekhar has been ennobled as a musical prodigy as he started playing piano when he was eight years old and started to perform in concerts by the age of 11. 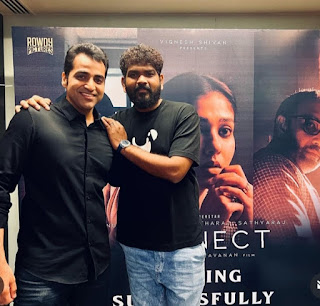 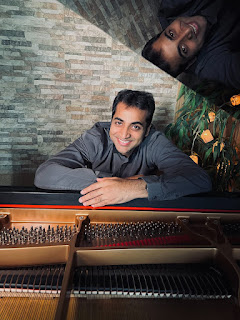 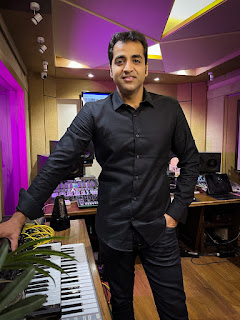 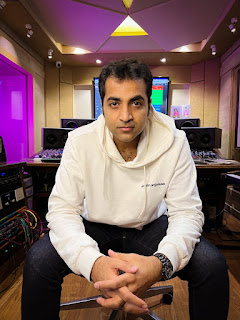 He was not only acknowledged for being the brainchild and driving force behind Krimson Avenue Studios, but he is also an alumnus of the prestigious Berklee College of Music in Boston, having completed a dual major in music synthesis and film scoring with piano discipline in addition to studying Mixing & Mastering from Wyatt Academy in New York.

Prithvi found an incredulous response for his outstanding musical debut in first of its kind eco-horror thriller titled ‘Boomika’, directed by Rathindran R Prasad. Filmmaker Karthik Subbaraj of Stone Bench Films produced this movie, which featured Aishwarya Rajesh in the lead role. The music played an integral part in enhancing the film's visual and narrative aspects. The critics and music buffs cited that his musical work owns an international panache. Not to miss the hard-hitting track ‘Mannennum Maaya Thee’ from the film, crooned by Andrea Jeremiah, which still rules the hearts of music lovers.

Posted by PadmaSabari at 23:13
Email ThisBlogThis!Share to TwitterShare to FacebookShare to Pinterest