The ‘Saamaniyan’ crew gets Blessings from Maestro Isaignani Ilaiyaraaja on

*Saamaniyan progressing at a brisk pace; Shooting to wrap up in four more days!!!* 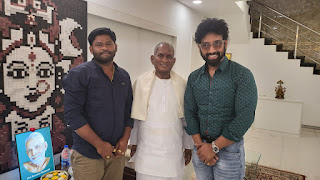 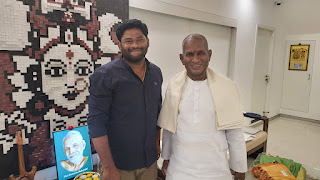 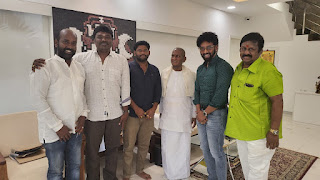 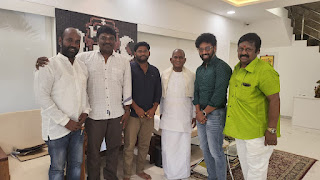 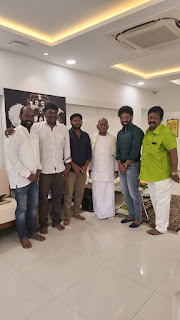 Ennobled fondly as ‘Makkalin Nayagan’ (The Darling of Masses) in the 80s & 90s, actor Ramarajan is far-famed for delivering ‘Silver Jubilee’ blockbuster hits consistently. The intriguing and beautiful part of this success is Maestro Isaignani Ilaiyaraaja’s delivering scintillating songs for his movies, thereby remaining a strong pillar of support.

After 23 years of a long sabbatical gap, both of them have collaborated, working together on a movie titled ‘Saamaniyan’. Filmmaker Rahesh owns the privilege of bringing these legends together for this movie. He has already directed popular movies like Thambikottai and Maraindhirundhu Paarkum Marmam Enna.

Producer V. Mathiyazhagan of Etcetera Entertainment is producing this movie, which is close on the heels of completion.

During this meeting, Isaignani Ilaiyaraaja interacted with the team and gathered details about the project. With director Rahesh revealing that only four more days are left for the wrap-up, Ilaiyaraaja assured of commencing the composing session, soon after the completion.

Furthermore, Isaignani Ilaiyaraaja was astonished to hear the film’s director Rahesh state that they have completed shooting a song sequence, without his musical tune. The director mentioned that the legend has gifted more than 1Lac songs to music lovers, and he chose one among them to shoot the song sequence for this film. Hearing this, Isaignani Ilaiyaraaja appreciated him.

The final leg of shooting, which will be a 4-Day schedule, will commence soon and get wrapped up at a rapid pace.

Posted by PadmaSabari at 00:08
Email ThisBlogThis!Share to TwitterShare to FacebookShare to Pinterest