ZEE5 has created new benchmarks in the world of OTT with its back-to-back endowment of new-fangled series. Following the consistent success, it’s now gearing up for the premiere of its next series ‘Five Six Seven Eight’, based on dance. Director AL Vijay is the creative producer of this series, which is directed by Prasanna JK and Mrudhula Sridharan. Ditya Sagar Pande, Vivek Jogdande, and Chinni Prakash have played the lead roles with choreographer Nagendra Prasad appearing in a pivotal role. 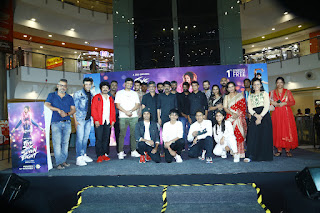 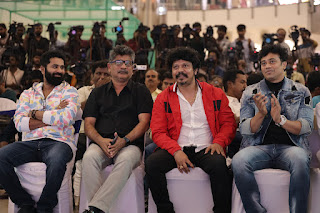 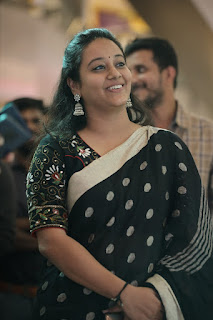 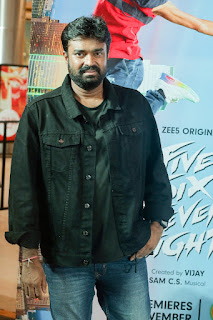 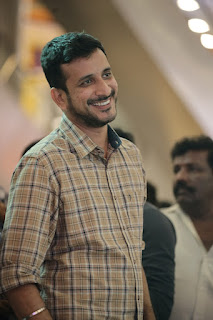 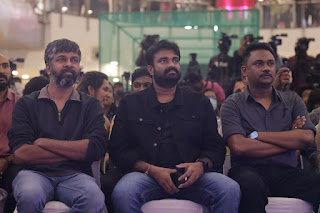 With this series premiering on ZEE5 on November 18, 2022, the entire team was present for the interaction session with press and media.

Here are some excerpts from the occasion.

Director Mrudhula Sridharan said, “I am elated to see this event being hosted in a grand manner. It’s gleeful to see the icons of industry present here to convey their wishes. I thank Siju sir and Kaushik sir of ZEE5 for banking their trust on this series during its initial stages of ideation itself. I thank the entire crew for their support and hard work. I believe you all will like this series. Thank you all.”

Lyricist Madhan Karky said, “There haven’t been any web series based on dance shows because it’s difficult to create a show of this genre, especially with kids. However, director Vijay has done a great job. I wish success for this series that is based on the aspirations of a girl as she embarks on a journey to explore her dreams.”

Editor Anthony said, “This series has shaped up very well. I request everyone to watch the series from November 18 and enjoy the show.”

Dance Choreographer Sridhar said, “I am glad to be a part of an event related to a series based on dance. The series ‘Five Six Seven Eight’ gives a fresh and unique experience. I am inquisitively waiting to watch the directorial panache of Vijay sir. Divya and Vivek have given their best performances. This series will garner phenomenal response from everyone. My best wishes to the entire crew.”

Music director Sam CS said, “While watching the movie 123, I aspired to work with this iconic dance masters, and it has come true now. Among all my compositions, the song ‘Morocco’ from Lakshmi demanded more efforts from me. This series based on the same concept will impress audiences from all walks of life. I thank Vijay sir and ZEE5 for this great opportunity. This series isn’t merely about the dance competition, but has lots of emotions too.”

Dance Choreographer Nagendra Prasad said, “Director Vijay sir, Sam CS, and Madhan Karky are prominent faces in the industry, and it’s a great experience and blessing to be working with them.  Director Vijay sir has directed the show extraordinarily. It was a great challenge to be shaking legs with this young kids. I am confident that everyone will love this series.”

Dance choreographer Raju Sundaram said, “My best wishes to director Vijay and the entire crew. I thank ZEE5 for supporting his vision to create a series based on dance. My heartiest wishes for the great success of this series.”

Director Bala said, “My assistant Mrudhula has directed this series. I wish her great success. This series looks promising. My best wishes to all who participated in the series.”

Actor Jiiva said, “Five Six Seven Eight… It’s a dance step. It took a long time to understand the title’s significance. The makers have introduced many newcomers in this series. The visuals give a fresh experience. I wish Vijay sir and his entire team for the great success of this series. I am also curiously waiting to watch this series.”

Director Vijay said, “Director Bala is my awe-inspiring mentor. I feel blessed to have him here to convey his best wishes for this project. The series has three prominent heroes – Paresh G, Sam CS and Madhan Karky, whose contribution has elevated its value to a greater level. Sandeep’s cinematography is top-notch. I thank Prasanna JK, Mrudhula Sridharan for their great support. The child artistes have rendered wonderful performances in this movie.  This is the first series of this kind in India, I hope you all like it, thank you.